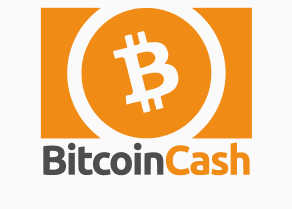 Bitcoin Cash is a young cryptourrency, which was established several years ago as a result of secession from Bitcoin.

Bitcoin Cash itself is a decentralized systеm.

It has similar features with its predecessor.

However, there are differences between them, and that makes the cryptocurrency become more and more popular in the market.

Bitcoin Cash is a branch of Bitcoin cryptocurrency systеm.

The secession took place because of different opinions of user groups.

BCH is a better version of Bitcoin, and that makes it almost its equivalent.

There are a lot of features that distinguish Bitcoin Cash from the predecessor.

In terms of other parameters these cryptocurrencies are similar.

A story of creation of BCH

After reduction of mining and speed of transactions some users suggested creating a better of option of the cryptocurrency.

The complete secession happened in August 1, 2017.

Before that, there was a voting, and absolute majority of people endorsed the decision.

At the very beginning, the cryptoccurency wasn’t so popular.

However, as time went on, it started to grow, just like other digital coins.

In 2018, a blockchain was divided into two semi-independent systems.

They were called BCHABC and BCHSV.

They were tentatively created by competing groups of developers.

At the present time, there are numerous arguments about improvement of already existing version of BCH.

This implies some more creating some more branches.

According to preliminary data on development, the number of blocks will be increased.

This will increase transactions speed and help to get closer to cryptocurrency market leaders.

BCH and its systеm works just like its predecessor.

This means that the decentralized systеm is used, and it’s formed by programs connected to the network.

All transactions are completely anonymous.

Operations in Bitcoin have become slow in the last few years.

That has happened because of heavy demands on servers.

Bitcoin Cash doesn’t have such a problem, as the size of a block is larger and some information is not in a blockchain itself.

This point raises some concerns among supporters of a decentralized systеm, as this feature is the first step to centralization and creating a command server, which will keep information about all transactions.

At the moment the systеm is completely anonymous.

Area of use and opportunities

Area of use of the systеm is standard.

Bitcoin Cash and Bitcoin use the same blockchain, but with different coding.

Opportunities of the cryptocurrency are not restricted, with the exception of a small (in comparison with other cryptocurrencies) limit on the amount of use.

BCH can be used in many areas, including:

It appears that using Bitcoin Cash is available in any of the mentioned variants.

Investing in it can have both positive and negative result, depending on what modernization will happen and how it will affect the systеm.

If the cryptocurrency is finally able to gain a foothold in the market, then it will eventually become one of the leaders in the field due to its characteristics.

Among other things, which make it possible, is limited mining.

This means that in the future the amount of coins will reach its limit.

To keep Bitcoin Cash you can use wallets of all kinds, including cool and warm ones.

It’s important to keep in mind the following factors, while choosing a suitable service:

Then you should choose a wallet, which can be set up on a personal computer as a software or have a web-version.

Most frequently, people have special wallets, which are used in XPS (not in all of them) and cryptocurrency stocks.

As Bitcoin Cash has certain features, its popularity is growing constantly.

There are more and more of them.

We can mention WebMoney XPS as an example.

This systеm already has a special wallet for keeping this cryptocurrency.

One of the most important moments to pay attention to before starting to keep cryptocurrency is setting up all security parameters.

Reliability of the wallet will be the highest possible.

How to buy and sell BCH?

There are several methods of how to sell and buy Bitcoin Cash.

These operations are possible using any of the following options:

The last option is considered the most popular, as such stocks also have a wallet for keeping different types of cryptocurrencies and an opportunity to conduct exchanges and trading operations of any kind.

It’s worth mentioning that cryptocurrency stocks use the whole list of popular cryptocurrencies, that’s why it’s easy to find Bitcoin Cash and the opportunity to buy or sell it.

Advantages and disadvantages of Bitcoin Cash

Bitcoin Cash has a lot of features, which distinguish it from other digital coins.
The main advantages of the systеm are:

Among the main benefits of the cryptocurrency there are two points.

The first one is universality.

The second important advantage is a higher level of security.

It’s used only in few other platforms.

These two features and the other ones make Bitcoin Cash so popular among clients.

systеm modernization is constantly taking place, that’s why it’s not so easy to highlight any significant downside of the service.

But such a moment is a disadvantage itself, because users don’t know what will happen to the systеm and the cryptocurrency in the future.

It’s hard to predict how reliable such an investment will be.

Bitcoin Cash is a better version of Bitcoin.

After secession in 2017, these two branches started to develop independently.

The cryptocurrency is gradually gaining popularity and becoming more and more demanded.

This is happening due to several positive features of the coin and its good prospects.