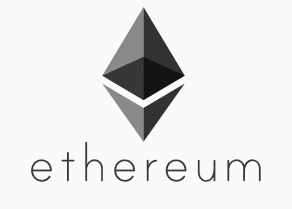 Еthereum is one of the most popular cryptocurrencies. It’s also a platform with the same name, which is used for creating decentralized online services based on a blockchain.

These online services operate according to smart contracts.

The whole systеm was created as a united variant of a decentralized virtual machine.

Development started in the end of 2013, but the service was already put into operation in June 30, 2015.

Ethereum is an open platform, and that simplifies the process of implementation of new technologies, including blockchain. This makes the platform and the cryptocurrency popular among new products and leaders in the field.

The systеm has been formed properly and because of that, Ethereum has a few features, such as:

Apart from the official website, there is a platform in Russian, and it’s placed on a Russian server.

After Vitalik Buterin’s project was established, the cryptoccurrency started to gain popularity rapidly. The result of that is having the second place among cryptocurrencies (Bitcoin is the first one).

The difference is that Ethereum is a quite stable and long-term investment.

The platform has its own cryptocurrency with the same name (ETH).

The important moment is uniqueness of the cryptocurrency, which can be both a means of payment and a source of many operations, such as registration during transactions with assets, produced by special contacts called “smart”.

There is an opportunity to buy Ethereum on almost all cryptocurrency stocks. Its capitalization is several dozen billion USD.

Due to Ethereum technology, registration of any transaction of various forms of assets without using traditional legal procedure is available.

This process is replaced with smart contracts in blockchain-technology form. This activity is one of the most promising.

Blockchain technology itself can be combined with bank services in case of remoteness. At the same time, it stays quite inexpensive, which allows using it more and more.

Smart contract systеm has a range of classes, presented in various languages.

A story of creation

At first, Ethereum was developed by Vitalik Buterin in 2013. In April 2014 a formal description of Ethereum was given.

Informally, the cryptocurrency was presented as a better version of Bitcoin.

In the second half of 2014 development of main programs and testing were started. After successful testes the project was put in operation in June 30, 2015.

In March 2016 there were some changes in the systеm, as it wasn’t stable and didn’t have a good level of security.

By the middle of 2017 the cryptocurrency and the platform have become of the leaders. By 2019 Ethereum has got the second place among the most popular cryptocurrencies.

The main area of work is using smart contracts with a blockchain technology.

The principle on how the systеm works is simple. Ethereum is used during a particular transaction, and that allows performing the procedure without most legal processes.

It’s worth considering that Ethereum is a cryptocurrency, although it’s not standard. Applications are set up in the service. They use blockchain as a principle of action.

Examples of applications based on this technology are:

Еthereum is an intra-platform currency. This means that, making particular actions with applications, it’s necessary to spend the cryptocurrency, which serves as a special fuel.

The area of use and opportunity

Ethereum is considered a good investment, as various actions without it in the systеm are impossible.

Opportunities are almost unlimited, as smart contracts and blockchain are universal technologies. It all depends on a properly developed application and partnership between companies, involved in the process.

The platform provides its services after concluding a contract. A list of fields of use is very big.
There are:

Both short-term and long-term investments are possible. Ethereum itself is among the most popular cryptocurrencies, which tend to grow steadily. That allows traders using it for financial operations.

In the future, the potential of the platform and the cryptocurrency used on it is unlimited. However, much depends on partnership between the service and large investors and companies.

The cryptocurrency is popular and, because of that, it is possible to keep it in various electronic wallets, both warm and cold. There are more than 10 wallets, which can be used for keeping Ethereum.

Cryptonator, being universal, is among the most reliable solutions. So is Ethereum Wallet. This option is official. It’s necessary to download and set it up on a PC. If this process is too inconvenient for you, then the best option is a browser wallet called MyEtherWallet.

Choosing a wallet depends on various factors, including frequency of use and convenience. But the most important thing is definitely security. This is the reason, why using the official wallet is advisable.

Ehereum is very popular, that is why various payment systems also have special cryptocurrency wallets. Cryptocurrency traders often prefer special stocks, which allow both keeping and trading. In this case, it is necessary to pay attention to security.

How and where to buy and sell Ethereum?

Buying and selling Ethereum is available in most payment systems via exchangers. But, actually, there are a lot of methods, such as:

Purchases are available in both dollars and rubles. Much depends on where you buy Ethereum. For example, on platforms in Russian, such as Exmo, you can pay with fiat currencies of CIS countries, whereas on most stocks from Western Europe purchases can be made with euro or dollars.

The best option is using special stocks, but you can also try other methods. There are many of them for both selling and buying.

Sale procedure is quite simple, that’s why most exchangers and specialized payment systems inсlude operations with Ethereum.

Advantages and disadvantages of Ethereum

Ethereum has a lot of features, both positive and negative ones. There are a lot more benefits:

The main advantage of the service is having its own cryptocurrency, which can be used in a large number of ways. Among disadvantages of the systеm are dependence on a cryptocurrency market and need for a constant development, which adversely affects the price.

The popular platform and the cryptocurrency with the same name have been among the leaders of the market for several years.

The main features of the systеm are using new technologies, which allow making various procedures simpler and less expensive, and a possibility of universal use. This can be applied to both the platform and the cryptocurrency.