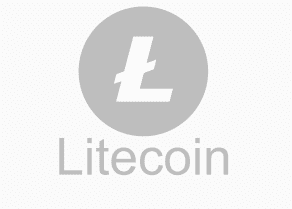 Litecoin is among ten most promising and popular cryptocurrencies.

This digital coin was created on the basis of Bitcoin, that is why they have many similarities.

Now Litecoin is a tool used for conducting payments and it has a lot of features, which distinguish it from other cryptocurrencies.

Litecoin is a decentralized XPS, which has its own currency with the same name (Ltc).

The cryptocurrency is a fork of Bitcoin.

That means that it was created on the basis of Bitcoin.

This is the reason why they have similar characteristics.

Now this cryptocurrency is developing rapidly and it’s raising capital.

This has become possible due to the following features:

These features can be also applied to Bitcoin, but Litecoin has its own nuances, which make it much more profitable:

The last point makes it impossible to track transfers. It also solves almost all problems with hackers.

That’s why it’s so demanded on the market.

The story of creation

The project was developed by Charles Lee from Google.

At first, the cryptocurrency was an equivalent of Bitcoin.

At that moment the goal of the project was to remove all vulnerabilities, which were made while creating Bitcoin and to set up a more sustainable equivalent on its basis.

The base of the systеm is a standard code.

That’s why there are a lot of similarities between these two cryptocurrencies.

At first there was a lack of client programs used within the systеm, but in 2013, after significant growth, Litecoin was acknowledged as an equivalent of Bitcoin.

In 2017, after activation of SegWit, the exchange rate of the cryptocurrency started to grow.

Later Litecoin had different rates, but now a standard price for one coin is approximately 50 USD.

Now the cryptocurrency is among leaders of the market, but there is a significant gap between Litecoin and its competitors.

It can be explained by a difficult mining process.

There is a special program as a basis element in Litecoin.

This program has an open source code.

You need a PC to set up the software.

When you go online, you and other clients will connect to the network, which doesn’t have a central server.

Integration is conducted by a network protocol.

An algorithm with limits on mining speed and amounts is used for generation in emission form.

The systеm uses an anonymous connection, that’s why providing data about operations and your account is not required.

Emission is limited by a sсript. Mining implies a procedure of searching for hashes and creating blocks.

All methods of actions are not regulated by a state, as an access to the systеm will be restricted and impossible.

The cryptocurrency can be mined, exchanged or transferred to other clients as a payment for any services or goods.

Area of use and opportunities

The cryptocurrency has universal opportunities. For example, Litecoin exchanger allows making withdrawals in any currency to a range of XPS.

Due to anonymity and decentralization of the systеm, mining and saving this cryptocurrency are profitable.

The area of its use is not limited, but the most popular directions are the following:

The last option can be applied to both payments for various online services and transformation of the cryptocurrency to other currencies through exchangers in order to make purchases or standard money transfers later.

Wallets for this cryptocurrency are necessary to keep coins.

This means that you will need to create a wallet, before you buy Litecoin.

There are several options of wallets, which have an opportunity to keep Litecoin:

Litecoin is a very popular cryptocurrency, and that is a reason why you can choose any of these options.

The most important things to consider are reliability and security of a wallet.

How to buy and sell

Buying Litecoins or selling them can be done using different methods, for example:

You need to create a wallet before making a purchase. The other option to get Litecoin is mining.

The price of Litecoin on different platform can vary, depending on a commission and internal policies of a particular service.

If you want to save some money, you can buy this cryptocurrency from individuals, who will sell it cheaper than anywhere else on the market.

Advantages and disadvantages of Litecoin

This cryptocurrency has the following advantages:

Litecoin is a popular payment tool.

Its most important is a stable development.

The downsides are decline in growth and dependence on the cryptocurrency stock itself.

But the last point can be applied to all cryptocurrencies.

As a cryptocurrency, it is one of the most capitalized coins.

This is related to the fact of having similar features with Bitcoin and having some competitive advantages over it.