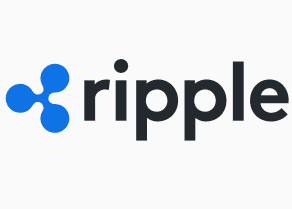 Ripple is a cryptocurrency platform, where operations on currency exchanges are conducted.

It was developed and launched in 2012 by specialists of the company with the same name.

The platform has its own cryptocurrency in XRP type.

It’s possible to use it to conduct all operations, which are inherent to standard payment methods, such as cryptocurrencies and fiat money.

The digital coin can also be used for buying fiduciary money or making payments for mobile telephony.

The platform has a lot of features, which made it possible for the systеm to become one of market leaders in terms of capitalization.

Ripple network has a decentralized structure.

This means that exchanges between users are conducted directly without an intermediary.

The only point is a need to pay a minimal commission.

It can be paid with Ripple cryptocurrency.

The platform was created to carry out financial operations and it has several features:

The systеm is used by both legal and private persons.

But the growth of popularity is connected to banks, which use the Ripple network on a large scale.

Ripple has a high speed of processing transactions and reliability. This factors attract potential investors and ordinary users.

Just go to the official website and register there.

The story of creation of the platform

In 2004, Ryan Fugger created a Ripplepay protocol, that has become a prototype of the existing systеm.

His goal was to launch a platform for independent exchanges without intermediaries and give everyone an opportunity to create their own monetary assets.

In the spring of 2011, development of the new systеm, which would allow conducting transactions without a blockchain and intermediaries, started.

Its base is Ripplepay, but many people who were users at first became developers.

The new service itself was developed by Jed McCaleb.

Arthur Britto and David Schwartz also participated in the process.

In the autumn of 2012, OpenCoin company was launched.

Since 2014 the development of Ripple as a tool for bank transfers has started.

After that, growh of cryptocurrency price started, as more and more partners were found.

At the moment, Ripple is one of the largest cryptocurrencies in terms of capitalization level.

The working process of Ripple is distinct from ordinary systems based on a blockchain.

All operations are carried out through special “gates”, which are created artificially.

This has made the systеm work faster.

The platform allows exchange various assets in any amounts.

The only unchanging thing is the commission, which “burns out” in the process of conducting a transaction.

This commission is set as a standard and it stays the same even while operations of high amount.

To carry out an exchange operation users should have a minimum amount of money, which is needed for processing, in their accounts.

Area of use and opportunities of Ripple

The main use of the systеm is in banking, because money transfers through a platform are very fast and reliably.

However, there are many others areas.

Ripple can also be used to exchange for other digital currencies or fiat money.

Transactions are available through exchangers or specific payment systems.

You need to have a special wallet in order to keep Ripple.

There are several types of them:

The choice depends only on a wish of a user.

However, the most popular options are programs and online services.

The first group is a special application, which is downloaded and set up on a PC.

This variant is the most reliable. People often use GateHub service.

It allows creating a wallet after a client provides personal data and keeping money there.

While choosing a method of keeping the cryptocurrency, you should take into account if it is convenient to use.

You also have to pay attention for a security level.

How to buy and sell Ripple?

If you need to sell or buy Ripple, then there are several methods how to do it:

In any of these cases, the price will be different, because many payment systems have their own commissions.

The most convenient option is to acquire the cryptocurrency on a special stock, when a quotation is minimal.

In any other case you will have to pay the price set at that moment.

Advantages and disadvantages of the systеm

Ripple has a number of features that affect its popularity and capitalization growth.

The most important advantages are the following:

At the same time, Ripple has several disadvantages. These are:

These downsides don’t let Ripple grow very fast in comparison with other cryptocurrencies.

But there is growth, because some coins burn out.

The less money is in a turnover, the bigger demand is. That’s why investing in Ripple and making profit is still a good idea.

The Ripple systеm is considered an unusual platform.

Operations with many assets, including ordinary currencies, are available because of it.

Due to a huge number of advantages, the systеm is very popular in banking.

As the amount of coins is limited, their prices constantly go up, and that makes investing in Ripple quite profitable.