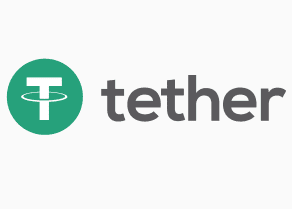 Tether is a special platform which has a function of digitization of a national currency.

The main direction of work is exchanging USD into a cryptocurrency.

It was an incentive to create a cryptocurrency called USDT.

The systеm has a lot of features, which affect its popularity growth and opportunity to use it for carrying out various operations.

The main difference from other cryptocurrency is that Tether is backed by a fiat currency.

This makes the cryptocurrency much more stable.

The main goal if the project is an opportunity to convert dollar into the digital currency freely.

The platform itself has a base in the form of a Bitcoin blockchain.

This makes it similar to other kinds of cryptocurrency systems.

USDT quotes to the dollar are 1 to 1.

This means that the cryptocurrency doesn’t grow, and making investments in it is impossible.

Tether has several common characteristics which make it distinguish from other digital currencies.

The main feature is that USDT is backed by real assets in the form of a fiat currency.

This counteracts jumps on the cryptocurrency market, as it depends only on common economic situation and quotes of the currency, by which the digital coin is backed.

Because of this feature, the systеm cannot gradually grow through increasing of the cryptocurrency market.

There are several variants of how this cryptocurrency is called in Russian, but the most commonly used name is «Тезер».

The story of creation

The digital currency was created in 2015 by Tether Ltd company with a limited liability.

The first cryptocurrency stock which started the bidding with Tether was Bitfinex.

After that, a number of platforms which use USDT has begun to grow.

In 2018, the Commission on Trade has announced judicial proceedings with Tether.

This authority doubted that more than 2 billion coins would be backed by real money.

After proceedings, it has been proved that the cryptocurrency actually has this amount of dollars.

At the moment, an overall capitalization of the cryptocurrency is almost 2.5 billion USD.

Investments in the cryptocurrency itself are not used now, but they are available in company shares.

The majority of trading platforms have an opportunity to provide operations with Tether.

The systеm itself operates as a convertor of cryptocurrencies and fiat currencies, including the yen, the dollar and the euro.

The process of conversion is conducted through the official website.

Operations can be done in both ways.

It means that real money can be converted into cryptocurrency and vice versa.

The important moment is that you have to pay a fee if you want to withdraw assets from the platform.

That’s why operations are usually carried out when the amount of money is quite high.

Conversion itself is processed with 1 to 1 ratio.

After the procedure is finished, it is possible to use digital assets however you want them to be used, as they are a usual cryptocurrency.

The exception is mining, which is not provided. Creation of tokens can be done only through conversion.

The main advantage of the service is an opportunity to exchange Tether to a fiat currency through the official website at any moment.

Area of use and opportunities of Tether

Tether can be used all over the world, except for countries that have state regulations in this field and prohibit using digital coins.

After 2017, the cryptocurrency has become very popular, and now it has extended opportunities.

The digital currency area of use includes:

Opportunities of using this cryptocurrency are not limited, because it can be exchanged into the official currency of a country.

This makes Tether much more stable than other cryptocurrencies.

It’s possible to keep it without any risks.

It’s not the same with the majority of popular cryptocurrencies as they tend to be affected by various news in the world of cryptocurrency and to fluctuate in a price.

The cryptocurrency demands having a special wallet.

This is due to the fact that it’s backed by the dollar as an asset while not being a completely fiat currency.

This means that you should have a usual cryptocurrency wallet.

The only feature is that this wallet have to Omni Layer.

These are wallets which approach such a requirement:

You can choose among wallets taking into account their characteristics:

Traders most often use stock wallets.

Any XPS platform can also be used, as Tether is now becoming more and more popular.

The choice of these options depends on how digital assets will be used.

It’s recommended to use “cool” to keep Tether for a long term, and an account on a cryptocurrency stock is a good variant for trading.

How to sell and buy?

There are several options of how to buy Tether or sell it.

The most widely used of them all is using the official platform with conversion.

This means that a user can make deposits or withdraw money after conversion of a fiat currency into the digital one.

The important moment is that registration on the platform is obligatory, as all operations are conducted strictly through a private account.

It’s necessary, because Tether and the systеm itself provide a good protection program.

The other variants to get the cryptocurrency are:

You can also buy and sell cryptocurrency from private persons on the Internet.

There are many systems for selling digital coins nowadays.

But this option has a feature: the price for buying and selling can be different.

It depends only on your agreements with the other person.

Advantages and disadvantages of Tether

The cryptocurrency has many features, which make it different from other digital coins.

The main advantages of Tether are:

Tether has its disadvantages, too.

One of them is that mining is not available.

Another downside is a connection to other assets; this doesn’t allow the currency to grow.

Next several years will be the most important, because the platform will choose the direction of the improvement.

Tether is a currency with a significant feature.

It’s backed by the dollar.

This allows exchanging digital assets into the fiat currency anytime in 1 to 1 ratio. In other respect, using the cryptocurrency is not unusual.

You can trade or pay for various services with it.